Note to Parents: If you are using the Ordinary Time – FALL curriculum, you probably have been singing New Shoes for Mozartseveral times a day.  Be sure to follow the directions in your Songbook or Manual to engage your young, developing children in the discernment activities.  Since the discernment exercise will require listening to Eine Kliene Nachtmusik quite a bit, here are some resources to help learn more about Mozart.  There are resources for bigger kids here too!  Scroll down to explore. 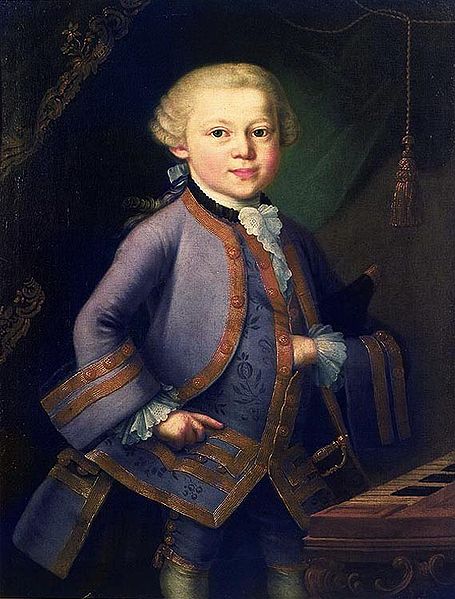 Wolfgang Amadeus Mozart lived about 250 years ago.  He was born in Salzburg, Austria in 1756. (see map below)  Mozart is a Classical Composer because he wrote music during the Classical Period.  Wolfgang's parents and big sister called him "Wolfie".  His father was a fine composer and musician who taught both of his children to play instruments.  He was surprised by Wolfie's amazing talent.  His young son wrote his first minuet when he was only five years old, and taught himself to play the violin!  He wrote songs that were so good, no one would believe that a child really wrote them!  By the time he was eight, he wrote a whole symphony!

Wolfie became famous for being such an amazing child prodigy.  He didn't just create beautiful music, his skills were stronger than very talented adults!  Plus, he truly loved writing music.  Many people argue that he is the greatest musical genius of all-time.  He traveled to Italy and played for many important people and even met the Pope!  It was no surprise to anyone that  Wolfie became a professional composer when he grew up.  But, even though Mozart was a famous musician, he did not always make enough money selling his music.  Sometimes he was irresponsible and spent too much money, and sometimes he was not treated fairly for his work.

Mozart was very sick as an adult and was working on a Requiem Mass when he died from his illness at the young age of 35.  A Requiem Mass is the music for a funeral Mass or a Memorial Mass.  He did not finish this sad and beautiful work.  If we look at how much money he made, it seems that Mozart was not successful as a musician.  We know differently.  He wrote over 600 compositions in his short life including symphonies, concertos, and operas. Musicians continue to play, record and perform his music today.  Scientists have even found that his music helps children grow strong, well-balanced brains! 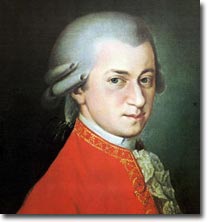 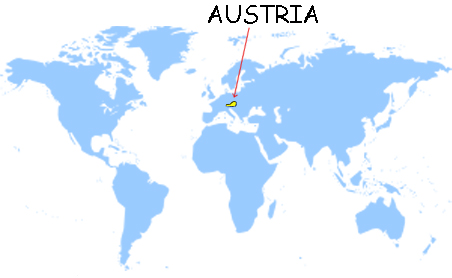 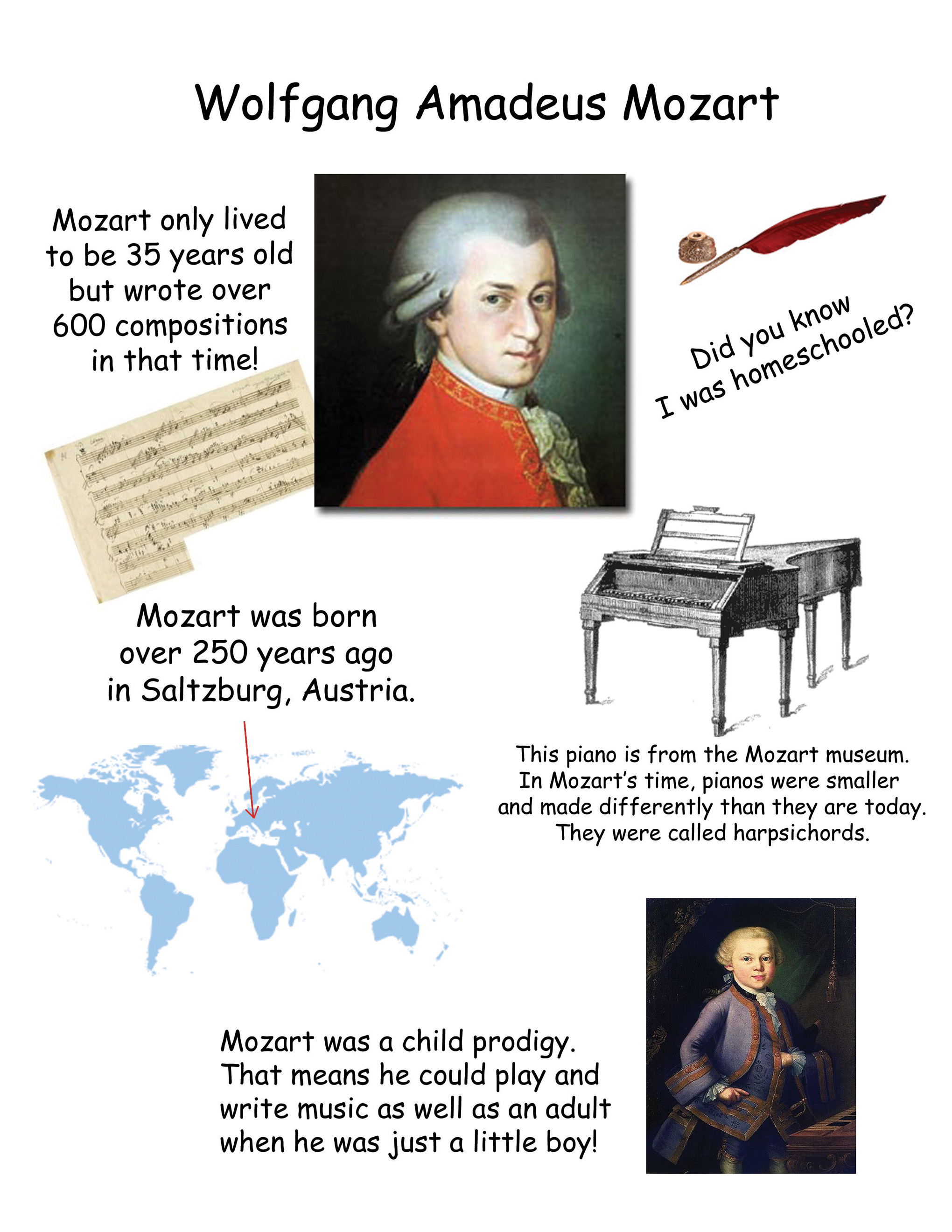 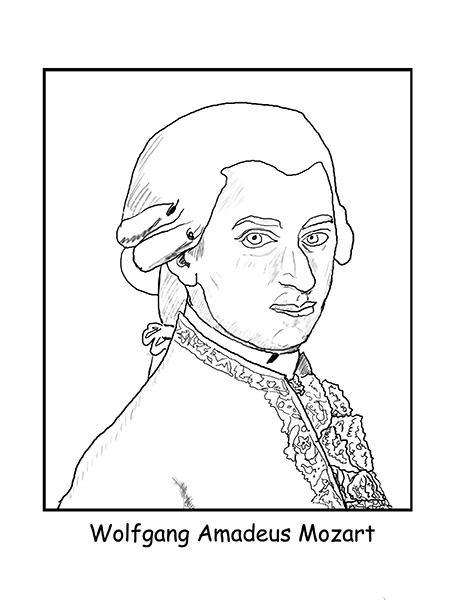 For a fun interactive story with lots of little tbuttons and links, CLICK HERE.  You will need to help younger children who can't read yet.

For information on Mozart and to hear some of his compositions, CLICK HERE.

To hear educational radio shows for kids about Mozart and his work, CLICK HERE.

Make a Mozart Cake!  I haven't tried this recipe so let me know how it turns out!